Laying Hurt at His Feet 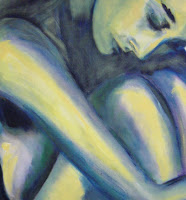 You know you’re getting over something hurtful when the emotional vehicle driving your pain loses its steam and the desire to talk about it to anyone who will listen has dulled. I recently was victim of a hurtful event and at first, I was so much more devastated than I really was ready for. I hadn’t anticipated said event at all and the way it affected me was debilitating, at least for the first day. The second day, after I had talked with numerous people about it, I was left to continue to wallow in my sorrow. As I mulled over the whole thing in my mind, I felt a tiny bit of relief breaking through the surface but only for a moment. Still, I was weighed down by my sadness and my inability to truly process everything I felt about the situation and I went into the third day feeling sick to my stomach. I needed some relief and I was still grasping at straws, trying to figure out where it would come from.

It’s times like these that I really don’t know what to do with how I feel. Praying about it doesn’t always heal it, not immediately. I often try to sort through things on my own, picking up certain ideas or thoughts, sifting through their meaning and matter, wondering how I could allow them to continue to hurt me. Talking about things doesn’t always help either. In this case, I kept searching for the right person, the one who would make it all better, the one who would say the magic words to erase the loss that I felt, the utter despair I was feeling over my inability to just get over it. But there was no such person. Not one. Several expressed their sympathy, not knowing much else to say. Some gave me some insight on why a person would do such a thing. Some just sat and listened, letting me vent, and then took their leave. I am grateful to all of those people, for I know in their ways they have loved me while I deal with this. In their ways, they showed me that love by allowing me to move through the process at my own pace without making me feel like a child, or like I was being ridiculous, or that my feelings didn’t matter.

But they were not the magicians; they held no magic hat to pull the secret answer from. I sought to enlist as many ears as I could, not really digging for anything but the ability to give voice to how I feel, to have it heard and be validated.

And then I realized, in the quiet of my heart, in the secret thoughts I did not share, in the silence that rang loudly in my mind at times, He was there. He knew everything I felt and everything I thought before I could form the words on my lips. He knew my heart and He knew my hurt, and I had only to lay it all at His feet and allow Him to heal me from it. It wasn’t about praying. It was about trusting. It was about turning to Him knowing that I could collapse anywhere within His arms and He’d hold me as I faced my feelings and pieced them back together. He reminded me that I don’t always have to understand things in order to move on from them; I don’t always have to have reasoning to dictate my ability to heal. But I do always have Him to guide and sustain me.

Tonight, my emotional vehicle has lost much steam and I don’t feel like talking about it a lot anymore. I guess that means I am moving on. I still feel a lot of hurt. I already passed through the short period of anger and I am just contemplating where to go from here. It’s always a challenge to figure out whether there needs to be something said to someone who has hurt you (especially when they have no idea), or if you should just leave it alone. I am now facing that decision. But I know now, as I’ve always known but had just forgotten, that I have His hand to guide me and to hold me no matter what else happens.

I'm sorry you were hurt. Thank you for sharing those feelings, especially since they are so relevant to most of us. Very moving post.

Thank you for this wonderful post Rebecca! I love what you said about it being about "trusting" not "praying". WOW! Profound wisdom there!

I am sorry you were hurt but so glad that You found Christ in your sorrow.

Are you familiar with Father John Corapi? He says that one of satan's favorite tools is to "neutralize" or "paralyze" us.
If he can get us to that point where we are "stuck" in our sorrow and grief and hurt and we are so sick about it that we can't do ANYthing...the he has begun to chisel away at that TRUST of which you so eloquently wrote about here.

Thanks for sharing your thoughts with us.

Hi Judy! Thanks for posting a comment. Yes, I do know of Father Corapi. It's interesting, what he says about that being one of satan's favorite tools because I have lived my life feeling like I've always been just one step ahead of him and have battled a Sadness that seems to always be within me. I don't think I ever gave it much thought that he would be the source. Thank you!