Falling In Love With My Husband For The Very First Time 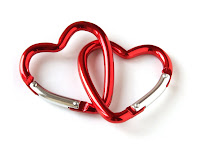 Those of you who know me and my husband Joe, know the story of "US." What you might not know is that it has taken me a very long time to really give Joe my heart completely. Our story is kind of crazy, the beginning being so mixed with feelings of love, hate, anger and a little happiness somewhere in there in spurts as we tried to blend our hearts and lives. We basically maintained a steady stream of such throughout the next 6 years of our marriage, all set to the tune of some sort of music we couldn't quite hear, but would be the glue that held us together and made us grow strong. This music was from heaven, a much-needed source to make it through what we would face in the coming years.

We got married based on a little seed of love we had planted but it wasn't the same type of love most people have when they decide to get married. We had never been through the “in love” stage where everything seems brighter than it really is, where you laugh easily at each other, feel giddy when you’re preparing for a night out together. We never really dated, actually. Our wedding was not followed by a honeymoon, nor by a honeymoon stage. We were thrown into real life quite quickly and would have to wait to hear the birds chirping loudly whenever we were around each other. Sometimes I felt like I’d probably be waiting forever.
Through the ups and downs of our marriage and in the maze that often seemed cloaked in darkness, we meandered blindly, praying to God that we could somehow find- and make grow- this little seed of love. It was there somewhere, though it was a little mangled and quite small. It was so difficult to dig on days when thunder would roll in and all we could see was red through our anger, a blue-gray sadness through our rainfall of tears.. But we kept digging; sometimes I was the one doing all the digging. Sometimes not at all. Sometimes, so many times, we walked away from that hole, covered in mud and left void of all energy to continue. But nothing productive had been done.
Recently, we took a trip together that would change our lives and our relationship. We went to a Marriage Encounter and found each other. We fell in love for the first time. We bled our hearts out to each other the entire weekend, drawing closer and closer as we clung to each other and listened to the music growing louder and louder. I gave Joe my heart 100% that weekend, something I had been diligently praying to be able to do for over 2 years. I suddenly viewed him in a completely different way than I had ever been able to before. I knew I loved him and I could see the potential for what we could have. I knew he was a good man with a beautiful heart. I sometimes caught glimpses of how I could feel, how things could be, what we could be together but it was never enough before. I also didn’t want to base our future on feelings. We both knew feelings were fleeting and that most people get divorced because they just don’t feel like working hard to continue, because they feel like they fell out of love and it must be the end of things when that happens.
No, I didn’t want to base our future on that. So we drew closer to each other over the weekend, learning new things and relearning old things about each other, healing from a lot of misunderstandings and hurts, breaking down walls we each had built, and most importantly, learning a new tool of communication to help us stay on our path. I opened my heart to him through the prompting of the Holy Spirit, knowing that he’d always have it no matter what my feelings were at any given moment. We made a commitment to each other to work on our relationship through our newly-learned communication technique, and decided to put everything that had happened to bring us down in the past where it belonged.
On the final day there, at Mass we were surprised when Father Pete announced that we’d be renewing our wedding vows. I remembered that saying those words had not left a huge impression on me the first time around, as I stood there at the altar trying to figure out what they really meant and how I would live them out. Even when we renewed them the following year on our anniversary, I still had no clue. But this time around, as the words from him to me floated so sweetly off his lips, I was intoxicated by them, caught up in their meaning and how I truly knew at that moment that not only did he really mean them but that he would actually make the effort to show me that he meant them. When I said the same words to him, I felt their weight leave my mouth, dancing between us and settling themselves in both our hearts. I saw recognition in his eyes, like he knew how truly I meant them as well. And I knew in my heart that I did and always would- til death do us part.
Posted by Rebecca at 3:26 PM No comments:

Labels: heart, husband, love, marriage
Newer Posts Older Posts Home
Subscribe to: Posts (Atom)
"A woman's heart should be so hidden in Christ that a man must seek Him first to find her." ~Maya Angelou