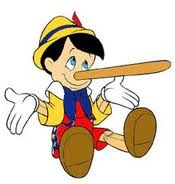 The other day a friend had a status up on Facebook about a lie she told to her young daughter. She lamented that she felt guilty, which is a sure sign she has a good heart and knew she had done wrong. But she was met with a ton of responses about how it's okay to lie and that it isn't hurting anybody. My favorite was "everyone lies." Oh my. Because everyone doing something wrong suddenly makes it right. I think that was a lesson my mother taught me when I was like 5 - just because everyone is doing it doesn't make it right... Where were these people's parents growing up? Didn't they learn the same values? Or is it that the numbing of today's society and the lowering of our standards across the board has led to this split of reality into a parallel universe where Satan rules and everything that is wrong is actually right?

The truth is that no, while we might be living in a society where Satan does in fact have a strong hold on many people, Satan does not rule. God rules and He promised to destroy all evil. But He calls us to help Him. He charges Christians with the feat of fighting evil, of resisting temptation, of running the devil and his minions out; and most importantly, of standing up for what is right. How do we do that? Well, we could start with the Ten Commandments. The Ten Commandments were given to us as not just guidelines but RULES to follow - commands that God gave to His people to live by in order to have a close relationship with Him and keep evil from dominating.

Let's look at one of my favorite commandments to talk to my children about.. Thou Shalt Not Lie. This commandment, like the others, has no stipulations. There are no amendments that say "unless you are in trouble" or "unless it makes someone do what you want...." etc. It states that you shall not lie. Period. It doesn't go into detail about what lies are okay and what lies aren't. Little white lies....big fat lies...zingers...tall tales...fibs...whoppers... Aren't they all the same? They are all inherently wrong. The point of a lie is to deceive. Why would you want to deceive anyone you love and respect? Satan is the father of lies, the father of deception. Even with a "little white lie" we are giving him a tiny route into our hearts. The more small lies we relay, the easier it becomes to deceive on a bigger scale.

No good can ever come from a lie. Even if you don't see an outward effect on you or the person you have lied to, lies still burrow into our souls and start destroying us from the inside. God said that when we stand before Him on Judgement Day, we will have to answer to every si 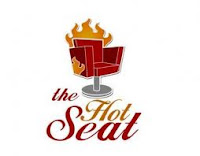 ngle thing we've ever done wrong in our lives. Every.Single.Thing. Not just the big things but every solitary small thing as well. That includes lying. In the grand scheme of things, all these lies and deceptions we allow to slip through our lips show up like great big blotches of darkness. Even if the majority of the tapestry is sewn in brilliant golden colors, these black threads stretch and feather out across, tearing holes in an otherwise seamless and beautiful picture of our soul. How ugly and ruinous! Can you imagine handing our souls back to God that day, with all of that blackness covering it, having to then explain why there is so much?

As is obvious from the 99% of the responses to my friend's status, our world has lost its ability to decipher right from wrong. They have now added those imaginary amendments to the Commandments, and everything is subject to one's own opinion. I was the only one who stood up for what was right, lovingly admonishing my friend for lying, offering an alternative solution to her problem. The only one. I couldn't believe it. It made me feel sad for my friend who didn't seem to have one person on that list other than myself who actually cared about the state of her soul and her relationship with her daughter. But I was even more sad for society as a whole as this scenario was just one more painful reminder that we are indeed losing our ability to do what is right. Not only that, but we are also afraid to tell other people what is right. Since everyone considers everything as an opinion instead of a fact, we therefore are not allowed to say what our "opinions" are without fear of backlash. I find it incredibly frustrating in scenarios like this, but even more-so in scenarios amidst people who are supposed to be Christians.

So what do we do? How do we get off this slippery slope of self-destruction and folly? How do we turn the tides and start living as a society as if we actually care about the state of our souls and that of our friends and family? Being in this situation on a constant basis with some family members, fearful of doing what we are called to do as Christians and declare what is right and help them turn their hearts to the Lord, my husband and I have just taken to praying specifically for them and for opportunities to arise which will allow us to set the example our Lord wants us to, regardless of our fear of backlash. Even though both our pasts are muddled with mistakes, including deception, our path now leads us on the correct route and we strive very hard to do what we know we are asked to do.

Sometimes, lying to our children seems to be the easiest tool to get them to do what we want, as was probably so for my friend. But it's imperative that we take every opportunity to set a good example for our children and each other. We also need to pray for ourselves - that no matter what the situation, we always stand up for what is right, never giving in to society's ridiculous claim that everything is a matter of opinion. After all, if we surround ourselves with deceivers, we too will become like them. But if we rise up against that way of life, becoming righteous and holy, we will be renewed in the Spirit and live our life in the truth of Jesus.

"...that you should put away the old self of your former way of life, corrupted through deceitful desires, and be renewed in the spirit of your minds, and put on the new self, created in God's way in righteousness and holiness of truth." ~Ephesians 4:22-24
Posted by Rebecca at 9:30 AM

How would you address the belief and encouragement or lack of ..in the topics of "fairytale beleif" toothfairy , santa , easter bunny , etc...i have struggled with this specifically , because teaching children about God , is teaching them to believe , have faith in something they can not see ...so when they find out the fairy tails aren't real. well you get the idea . Help please , because i only ever wanted my son to bleive in God , Jesus our savior. I am torn because he believes in Santa m recently found out about the toothfairy ..etc.. He is 9 years old. Their is some concern about their inocense and not to wreck it by telling hiim they arent real . What do/would you do. Please and much thanks ~crystal

Hi Crystal! It's awesome that you want to teach your children about the truth, regardless of whether it's God or Santa. I have an issue with Santa and parents lying about him, the tooth fairy, etc. First of all, ALL lies are wrong, no matter what they're about. You can't equate faith in God (someone you can't see) to belief in a tooth fairy (also someone you can't see) as they are two completely different topics. One is a myth. The other is very much the real thing. And the key word here is FAITH - which is basically believing in God even though you can't see Him. One of my favorite songs from growing up goes something like this:
"I believe in the sun even when it isn't shining. I believe in Love even when there's no one there. And I believe in God...I believe in God..even when he is silent."

We have always been honest with our children about Santa, the tooth fairy, etc. Ironically, them knowing the truth does not take away from their ability to pretend and make believe and have fun with the ideas of these characters. To them, these characters are just like the unicorns, princesses and dragons they read about; or the cartoon characters they see on t.v. They know Santa does not bring them presents and fly around on a sleigh delivering presents to every single girl and boy in the world on the same night as well. Yet they talk about Santa around Christmas and pretend like he will be doing that. They like reading stories about him. They "play" Santa during playtime. When my daughter lost her first tooth, she talked about the tooth fairy bringing her a present or money and I told her "honey, you know Daddy and Me are the 'tooth fairy' right?" she excitedly said "you are?" And that was that. And it still does not detract from her pretend play of fairies - tooth or otherwise. Parents have a funny, misguided but well-meaning idea that if you tell your kids the TRUTH about these characters, it somehow robs them of some childhood right of passage in imaginary land. But this isn't true. I have never heard of ANY child being OK when they finally learn after years of being lied to about these characters. I mean, why would they not be hurt by their parents' deception over something so minute? If you can lie to them about something so unimportant, what should make them believe you won't lie to them about something even more important? You know?
Bottom line - come clean about Santa and all those other make-believe characters. Encourage your children to have an imagination and view them as the myths they are, at the same time as having fun and pretending. And, if you really want to go all the way, talk to your children about who St. Nick really was, as the myth of Santa now is based on someone who actually existed. Blessings!
(sorry if this isn't very articulate...the room is suddenly filled with noise of 4 kids and a football game!) :-)

Thanks :) I apppreciate it , and maybe my son is doing the same , because I told him what I feel and beleive but he still acts like he beleives , I think next year we will confirm it for sure ..this week he lost a molar :) and I coyly said Ill give you two bucks for that pretty tooth :) he smiled and sold ..so thats one down this year . Unfortunatlry TEAM parenting is so importantt , because I headbutted the ex and fam on this years ago and passivley dropped it ..Well Gnight deary :) thanks again