M is for Morals

So most of you who know me - and I mean really know me, not just think you do and don't actually understand half of what I'm about - know I have morals high on my priority list!  And you same people know that this was not always the case for me as I did a lot of stupid things when I was younger.  To be honest, back then, following my moral compass wasn't a high priority per se, but that compass was always a constant in my life, something that despite my frequent wanderings away from its direction, gently thudded against my heart no matter where I had stashed it out of sight.

I like to talk about morality.  A lot. And no, it's not out of judgment or out of a need to control. It's out of love and encouragement. It's out of respect and charity; concern and yes, even fear.  As a Christian, I'm supposed to talk about morality. I'm supposed to talk about what God says. I'm supposed to challenge people to seek Him, to be better, to find His path for their life.  It's not hypocrisy.  It's not "I have learned my lesson and so should you."  It's a humble, meager offering of a deep love which I long to give but only God can provide.  It's obeying His commandment to love one another as He has loved me.

I have a really difficult time sometimes shutting up about it.  I wrote about this in the recent year.  But that doesn't mean I'm going to stop!  I have tried to be more abbreviated in my speech, more aware of the other person's place in their walk in life.  I have tried to remember to be charitable and make sure I don't sound judgmental.  I have a problem with that word. Oh boy, do I!  Being judgmental really means that you are deciding that another person's actions/thoughts/words are going to end them up in the hot place.  It's like telling someone else their religion isn't "Christian" (unless of course it's really not, i.e. it doesn't teach Christ as Savior) just because it follows a set of rules and has traditions that date back more than 2000 years.  That's an extreme case of judgment.  But these days, it seems that that word is thrown around so much and it doesn't make sense to me.

When I am sharing what God desires for His people, trying to encourage others to not engage in X behavior, it doesn't mean I'm judging them.  It means I care and I want to spread the message of God's amazing love.  God does love us, regardless of what we do.  But He also wants us. Badly. And if we aren't following His path for our lives, it's a very sad thing.  Because it means we don't really understand what that love is about.  It means we haven't actually acknowledged it and felt it seep into our very souls, allowing it to change us into the people He has called us to be.  It's sad because not only are we missing out on so much, but we're also running out of time.  The world will not go on forever.  Living our lives running completely against the divine grain which God has created for us will leave us missing out on not only the blessings He planned for us in this life, but the blessings He has planned for us in Heaven. 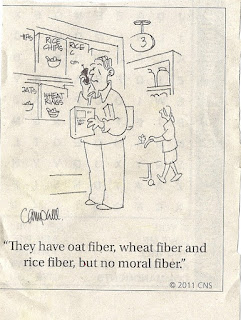 “Do not think that I have come to abolish the law or the prophets. I have come not to abolish but to fulfill. Amen, I say to you, until heaven and earth pass away, not the smallest letter or the smallest part of a letter will pass from the law, until all things have taken place. Therefore, whoever breaks one of the least of these commandments and teaches others to do so will be called least in the Kingdom of heaven. But whoever obeys and teaches these commandments will be called greatest in the Kingdom of heaven.”

This part of Matthew tells me that I am to follow God's commandments (the basis for morality), teach them to whomever I can - especially as a mother, that would include any children given to me by God to raise - and not help others break the commandments in any way.  I have been in situations where I refused to do something that would help someone else break a commandment (like allowing 2 non-married people who otherwise co-habitate anyway stay in the same bed at my house); but it was looked at as judgmental or hypocritical.  But it's not!  It's my job to keep the commandments and encourage others to do the same.  If I help someone else break a commandment or even make it easier to be tempted to ('thou shalt not commit adultery' in that scenario), it's as if I broke the commandment myself.  And my soul suffers because of it; not just the other person's.


In this day in age, where success and money are a top priority for most people, I'd say this passage is so easy to ignore.  But there is a reason why we are not to worry about such things in this life, and concentrate more on what we're storing up for heaven.  This life is fleeting.  It is so short, we don't even realize it.  We always lament over the passage of time, "I can't believe my kids are so big.."  But we don't actually realize the fullness of that statement; of the passing of our life in general.  I just turned 30 last month.  I honestly can't believe it.  I feel like it was just last week that I was 22 and finding out I was pregnant for the first time.  And here I am, 8 years, 5+ kids, a still-thriving marriage, and 2 dogs later..  And what have I stored up for this life?  Well I'll tell you, not a whole lot.  And to be honest, though it's been tough, I like it this way.  We rely on God.  We don't worry too terribly much about how much money is in our bank account.  Sometimes we worry but we are always called back to the comfort of His arms, gently reminding us to put our trust and faith in Him.  Always.

And what have we stored up for heaven?  Well....this is something I could talk about all day. And not in the way of "look at me!  I'm making waves in heaven!"   It's just an exciting thing to know that God has used me in the creation of life - 7 little ones to be exact - that will go to eternal rest in Him; little souls who will praise and worship Him for all eternity.  (Two are already there.)  I am raising my kids to know and love, serve and follow the Lord. Every time I say "yes" to God and open my heart and my life to another little being to be entrusted to me, I am storing up treasures in heaven.

So what do those two things have to do with morality? When we (as a married couple) close our life to children, or we put money and "success" first in our life, it does something to our hearts.  It turns our hearts inward toward ourselves.  It doesn't open our lives up to the rich blessings that flow abundantly both on earth and in heaven through our complete reliance on God.  It stunts our growth and paralyzes us in many ways. It's immoral to have a selfish heart.  For a selfish heart draws us to do immoral things.

By definition morality is the conforming to the rules directing us on what conduct is right. Right means right; not by our standards but by God's.  We can't rewrite the laws He has set in place for us.  We never have to justify what is right or feel badly because we follow what is right.  We don't even have to justify why we are trying to help others do what is right.  But it seems there is always a need to justify what is wrong.  Why is that?  I think it's our inherent need to follow what is right (like that moral compass I often tried to bury back in my younger years), even if we don't realize that need.  We know somewhere in our hearts that whatever it is, is wrong and we feel guilty, which causes us to want to justify our choice.  The intricate way God designed our spirits to be aligned with His has left room for a long "leash" we often wander out on.  It doesn't take a lot to stretch it far, though it does take much to break it.  But if we do what is right, keep His commandments and follow His path for our lives, we'll find ourselves winding in closer to Him, where we belong.

Where it is right.

Funny, I wrote a similar, but not as articulate post this evening. Going to post a link to this:) !