This will be a potpourri post of a few different things....

First of all, our daughter was born!!  Looking over my last post, I am laughing..  She was born the very next day after I wrote that post, on the obscure EDD that we hadn't even regarded as a real one.  I gave my big sister a really nice birthday present.. One she couldn't actually keep..but a nice one nonetheless!  Ha!   We are over the moon in love with baby GG, of course, and of course she looks exactly like her siblings.  I'm pretty sure she will have brown eyes. They seem to get darker every day.  Her big brother, Jeremiah, who calls her 'baby face' just loves her to pieces.  But because he is only two, we have to watch him around her.  One second he's kissing all over forehead and toes, the next, he's trying to bite her toes off or dragging his nails across her head.  She completes our family in so many ways.  Right now I'm listening to her cute little hiccups, which seem to be her trademark as she had them pretty much my entire pregnancy and almost every day since she was born.  The kids love her.  We love her.  My family loves her.  Our friends love her.  No one in Hubby's family has bothered to meet her.  Which leads me to the next thing and the inspiration for the title of my post.

A few months before I had the baby, the final semi-link to hubby's family was severely damaged and I wrote a blog post about temperance because I just couldn't deal with it at the time.  Since then, so much has changed within our little family unit that it seems so pointless, all of it, to even think about anymore. 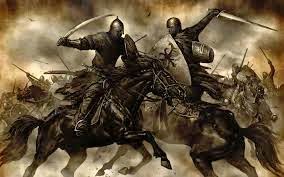 And that's what this is - the battle - I think - is over.  There's been a huge disconnect from it for both of us but I think the shift has occurred mostly in my husband.  He just can't afford to care anymore.  He seems done battling his emotions and his what should-be's and his wants and his ideas of what family is or isn't.  He'll be 40 years old in about six months or so and I think he's reached a point in his life where he is okay with not having his family to count on.   He might not like it and he might sometimes wish things were different, but as there isn't anything that can be done at this point, I think he's just over it.  When he talks about it, he seems to be resigned to that, anyway.  He has a family to take care of and spend his energy, love and time on.  He has six children to raise and love and play with.  He has me, his wife, who would do anything for him, anything to see a smile upon his handsome face, anything to fill his heart with unconditional love.  He also has a whole slew of friends, people who have stepped in to fill positions his family has left empty, to  fill in and overflow the holes in his heart.  And of course, he has the family he married into.  Not perfect, often crazy.  But always always there no matter what.  He has more than enough.

As for me, reviewing the past ten years as his wife, I realized that even though I was his wife, I was never part of that family.  He was barely considered part of that family, so I can't really expect that I would be.  Sure, there were brief periods when it seemed like we were, but looking at the things that made it so we weren't, it's not difficult to realize that it was all a facade.  Because real family with true unconditional love doesn't just back away or dump you the second you say you're unhappy with something, or want more, or the minute things are difficult.  We were considered "family," when it was convenient and easy.  And I know that having severe mental illnesses such as they do plays a part in how people treat others.  But perhaps it's a good thing that things occurred the way they did.  We both finally got to see them for who they really were.  No masks.  And it.is.sad.  So we don't blame them in the sense that we think they choose to be jerks.  We are both just to the point where it's time to stop thinking about it, cut our losses and move on a little more quickly than we have been. It's time for the rest of our healing process to take place, for our focus to shift, for our life to move along.

We sort of were paralyzed for quite some time as we waited and prayed and angsted about what to do.  We realized we can't really do anything.  When toxic unloving people are causing such a rift in our life, disturbing our peace and tempting us to lash out and be angry, it's time to step away.  As far as we can.  We can't change the fact that they don't want to be part of our life, or to know the kids or love the kids.  We can't do anything but worry about our own family from here on out.  We've stuck in there for so long, tried to talk, tried to explain how we feel.  But stubborn selfish people don't like to change their hearts and make room for others and while that is sad and hurtful, the acceptance HAS to come.   Our life is so much more peaceful now that we don't have to worry about any of that.  My husband is so much more peaceful and happy as he lets go more and more.  I've seen some of the light return to his beautiful brown eyes.  I've seen his heart open more to other people and more love from them.  He is finally allowing some of his wounds to heal completely.

God has called us to love from a distance. That love looks like prayerfully seeking healing and peace in our hearts, softening our hearts to them and the pain they have caused, and to pray for them to seek His love out, to seek His path for their lives, to come to an understanding of what love actually looks like.  I kind of wonder who else there is to pray for them.  Our battles have shifted focus.  We are now battling ourselves to follow what He asks of us... To put aside our tendencies of the flesh and take the path to holiness.  To battle the sinfulness in our hearts, temptations from satan, the world and its draws. To raise the white flag and surrender to the will of God. 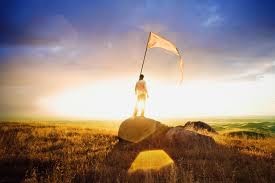 It's so incredibly difficult at times, but so much has changed in such a short amount of time since we really started taking steps.  There's always a hope that in the future things will be different in the way of family..  But we won't hold our breath.  And that's okay.

There is so much exciting stuff in store for our little family and I can't wait for it all to come to fruition.  The journey for our family of now-8 has been really difficult, especially the past few months, but we are remaining faithful that the Lord is paving our path and putting things into place for us.  I've had it in my mind to plan a big huge bash for my hubby for his 40th birthday, to celebrate him and the amazing man he is and the leaps and bounds he has made in his life.  We also have been talking about utilizing that time to renew our wedding vows.  Our ten-year anniversary is this December, just a few short months but we thought we might combine the celebration of that with the celebration of hubby in the Spring when it's warm.  Still working out the details in my head. Nothing is concrete.

I'm pretty sure I spoke too soon about wanting to post more, and of the things I'd be writing and all of that... because I'm so incredibly busy.  So this time right now will be sporadic with updates and the 2.5 of you who actually read my blog on a regular basis know how to contact me anyway to find out what's going on in our world.  Email or call me any time!

Blessings abound, even when they don't appear to, despite any battles we may face.  God has been so good to us, even when we have messed up and we are so humbled by His love.  I hope anyone reading this who has been through similar life situations will take comfort in that thought and turn to Him. He fulfills ALL our needs.
Posted by Rebecca at 6:32 PM No comments:

Labels: babies, battles, family, life
Newer Posts Older Posts Home
Subscribe to: Posts (Atom)
"A woman's heart should be so hidden in Christ that a man must seek Him first to find her." ~Maya Angelou